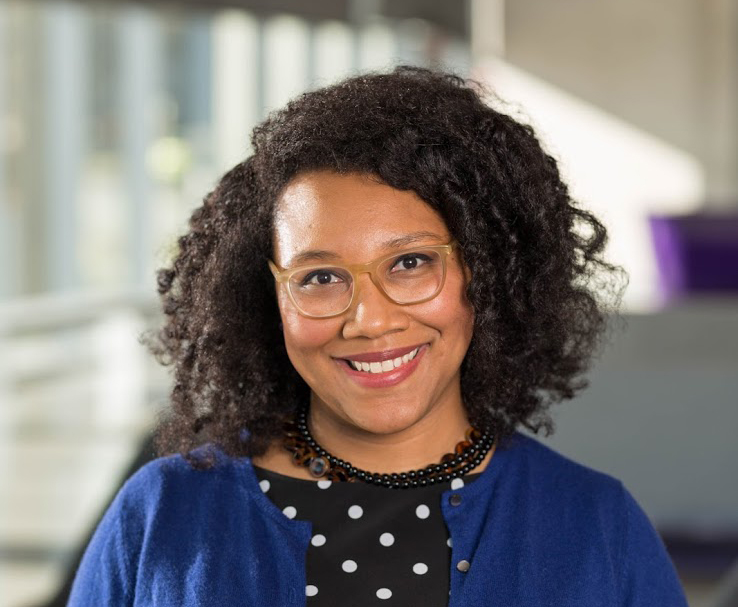 It was her own experiences with racial bias that influenced psychologist and IPR associate Sylvia Perry’s decision to get her PhD in psychology to study bias.

As a teenager, a group of her White friends told her that she was their first Black friend—and because of that friendship they developed more empathy toward Black people and questioned stereotypes they had about them.

Years later, a co-worker asked Perry a question based on an assumption she’d made about Perry because of her race. Perry told the co-worker that this question made her uncomfortable. The co-worker grew flustered, then accused Perry of calling her racist.

The “strong contrast” between these two events—friends admitting their bias and a colleague getting defensive after being called out on her bias—stuck with her.

“Those differing kinds of experiences made me believe there must be something about the way this person is thinking about themselves and their own self-knowledge about their biased tendencies that’s shaping how they think about racial bias and their potential role in perpetuating it,” Perry explained.

Being Aware of Bias and Making Sense of It

Perry has explored how people react to bias and their personal awareness since graduate school at the University of Illinois at Chicago. One of her recent studies, for example, examines White parents’ awareness of racial bias and how they talk about it with their children

“Children are little scientists and at three and four they are looking around the world,” Perry said. “They try to make sense of it. Why is it that certain people are treated differently than others?”

According to her study, White parents who are more aware of their own biases are more likely to use more color conscious language—acknowledging racism and racial bias—and provide their children with a counternarrative to stereotypes they learn from society. Starting these conversations, though, can be challenging.

To fill this gap, Perry’s lab, the Social Cognition & Intergroup Processes Laboratory, is currently observing conversations between parents and children about race. They hope to use them to inform the development of curricula for schools and to provide tools for parents to facilitate these discussions.

Another line of Perry’s research examines the stereotypes of biracial Americans, a growing segment of the U.S. population. Her work shows that Americans universally stereotype biracial people as being attractive and as having a difficult time fitting in. Individual biracial groups also have their own unique stereotypes, apart from the stereotypes of their racial majority groups. For example, people stereotype a White/Black biracial person differently than a White or Black person.

“It starts to introduce us to the idea that, as our country shifts and as we change in terms of our racial dynamic, that people still will continue to form stereotypes and make assumptions about different racial groups even if they are multiracial,” Perry said. “This idea that we will become a post-racial society is not very likely.”

She and her colleagues also discovered that stereotypes of people from dual minority multiracial backgrounds, such as someone who has one parent who is Hispanic and the other Black, were more negative than people with one White parent. This finding suggests that even if all Americans were multiracial, assumptions would still be made about social hierarchy.

“People will still look for cues and information to suggest that some groups are probably valued over others,” she argued.

Biased behavior can play out in many daily encounters, such as in a doctor’s office, and Perry currently examines how bias affects doctors and the medical profession.

Research Perry conducted revealed that American doctors rated White patients as more likely to improve, follow recommended treatments, and be personally responsible for their health compared to Black patients. In contrast, French doctors did not show any racial difference in their expectations for patients or the personal responsibility they believed patients took for their health.

A current project she is working on is looking at nearly 4,000 students from 49 medical schools to try to understand what shapes these biased attitudes.

“We have learned that the biggest impact on changing bias over time is witnessing people who are in a position of power—so, students witnessing attending physicians—engaging in discriminatory behavior,” Perry noted.

Perry explained that even if medical schools have anti-bias training, watching attending physicians show bias toward minorities can potentially negate that training and increase negative attitudes toward stigmatized groups, such as racial minorities, LGBTQ individuals, or those who are overweight.

Medical bias can influence health disparities, she points out, because if a person from a marginalized group visits a doctor and feels judged, they might not go back for further care. Perry hopes data from this project will show that bias in medicine is a widespread problem and give medical schools information to address it.

Like parents, medical schools want to know how best to support and train students to “provide care for people from all different backgrounds,” Perry said.

Sylvia Perry is an assistant professor of psychology and an IPR associate.