Accuracy Versus Cost in the 2020 Census

While the U.S. Supreme Court deliberates whether to allow a citizenship question on the 2020 Census, the Census Bureau continues to prepare for its launch on April 1. In a recent working paper, statisticians Bruce Spencer and Zachary Seeskin (PhD '16) weigh the importance of taking an accurate census count versus the financial expense of gathering information for the census.

IPR's Spencer and Seeskin, now a statistician at NORC, find that while census accuracy is expensive, is it crucial. The census determines how many representatives each state gets and how federal dollars are distributed. Census error, exacerbated by past funding shortfalls, could easily shift as many as six seats in the U.S. House of Representatives due to an inaccurate count, according to the study. For example, in one set of projections they find that large census inaccuracy would cause Florida to lose one seat and Texas to lose two seats, and Minnesota, Ohio, and Rhode Island to each gain one seat.

Spencer explains that less accuracy not only has consequences for the number of seats each state has in the U.S. House of Representatives, but also for the electoral system.

“Census error exacerbates unfairness in representation due to gerrymandering and suppression of voter turnout,” Spencer said. "Patterns of error across past censuses show that minority groups are undercounted relative to others."

Seeskin and Spencer also calculate that if the size of the census error is as large as 2 percent, an estimated $40 billion out of more than $675 billion in federal funding distributed to government programs could be misallocated over the next decade.

“More than half a trillion dollars are allocated each year according to formulas involving census numbers,” said Spencer. Their study shows that even "moderate levels of census error shift billions of dollars from states to other states.”

The study explains how over the last five censuses, Congress placed a high value on accuracy and pushed for additional funds in the years leading up to the count to ensure the least amount of error. For the 2020 Census, however, Congress decided to pursue a cost target instead of an accuracy target. Congress will spend $12.5 billion on the 2020 Census, which is the same amount spent per household in 2010 when adjusting for inflation. It is also nearly 30 percent below the cost of repeating the methods used in the 2010 Census.

For the first time, the Census Bureau plans to use the internet and mobile devices to gather data, which accounts for the lower funding. Spencer said these new methods are necessary for controlling the cost, but the census will only be accurate if the technology is successful at gathering the data. He expresses concern that these collection methods have not been fully tested and developed due to past underfunding, which “demonstrates lack of concern for accuracy relative to cost.”

“The Constitution requires a census in order to apportion the House of Representatives and assign numbers of electoral college votes,” Spencer said. “It does not specify how accurate the census needs to be.”

Bruce Spencer is professor of statistics and an IPR fellow. Zachary Seeskin was a former IPR graduate research assistant and currently is a statistician at NORC at the University of Chicago. 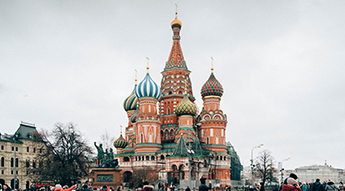