Probing the edges of the mind 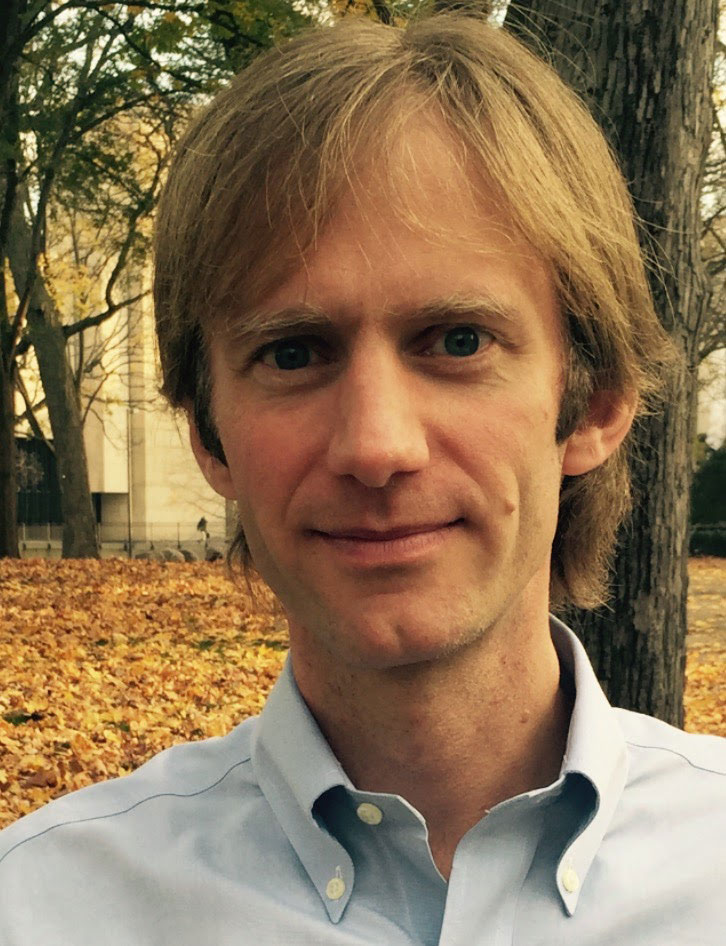 A chance encounter with the Dalai Lama set psychologist and IPR associate Robin Nusslock on a path to understand the “edges of the mind.”

As an undergraduate philosophy major at the university of Wisconsin-Madison, Nusslock had found a summer job in a neuroscience lab. On his first day on the job, he looked up from scrubbing EEG electrodes to see a saffron-robed Tibetan monk, the Dalai Lama, walk by with a National Geographic film crew. They were working on a special show on the mind’s malleability with pioneering neuroscientist Richard Davidson, who directed the lab Nusslock worked in, and, at the time, was scanning the brains of meditating Tibetan monks.

“I just coincidentally walked into the epicenter of neuroscience,” Nusslock said. “It was really that moment that my life began as an academic.”

Nusslock switched his major to psychology and went on to get his PhD. Ever since, he has been striving to understand the relationship between the brain and mental and physical well-being, whether by examining how emotion guides our decisions or by developing a “brain stress test” to determine one’s risk for psychiatric illness.

How the Brain Makes Decisions

Instead of viewing the mind as a cognitive machine with emotions, Nusslock said he sees the mind as an emotional machine with cognition. He is examining whether we can understand and help people who are about to make bad decisions by understanding the emotional brain, including the mesolimbic dopamine reward system. This system helps us process reward cues and weigh the likelihood of receiving a reward, as well as what motivates us to pursue our goals and rewards.

To study the connection between reward signaling and decision-making behavior, Nusslock and his team conducted an experiment where they used a functional magnetic resonance imaging (fMRI) scanner to measure brain activity during a goal-oriented task. After being asked to visualize a goal to pursue, study participants then engaged in a button-pushing task for a chance to win a cash reward. The researchers found that the prompt of goal-oriented thinking activated participants’ reward circuits and altered their decision making in real time.

Reward processing in the brain is highly variable, either increasing or decreasing as the brain sizes up its chance of getting a particular reward. Once it turns off, Nusslock explains, the brain becomes “bored,” seeking novel, and potentially irrational or harmful, experiences to compensate.

Nusslock is currently conducting a study, supported by the National Institutes of Health, to determine if lower levels of reward-related brain functioning can predict drug use.

“Low reward signaling is actually keying people up to make bad decisions because they are seeking outside themselves what they lack within,” he said.

Depression is another example of disrupted reward signaling, with depressed people displaying decreased reward signaling and having a harder time identifying and pursuing rewards and goals. Nusslock has shown how this differs in bipolar disorder, where manic episodes are associated with heightened reward sensitivity.

If researchers can determine how psychiatric illness affects signaling within the brain, it could be possible to create a “brain stress test” to identify people at risk before they develop symptoms.

People can go to cardiologist and do a heart stress test, getting on the treadmill while hooked up to machines to measure heart rate and circulation. The doctor can then determine a patient’s risk for cardiovascular problems.

Nusslock wants to do this for the brain, with the hope that interventions—whether psychosocial, pharmacological, or neuromodulatory—could prevent people from “turning the corner” into psychiatric illness.

Such a test could also aid in prevention. For example, a patient might go to a psychiatrist with symptoms of major depressive disorder, but has never had a manic episode—the other “ingredient” in bipolar disorder. If the patient has a biological vulnerability to bipolar disorder, a psychiatrist prescribing a certain type of antidepressant can actually increase the likelihood of a manic episode.

“If you could probe and say this person has a risk for developing bipolar disorder in five years or five months, you would make very different treatment decisions,” Nusslock explained.

How Stress Gets Under the Skin

In a new area of study, Nusslock is collaborating with IPR health psychologist Greg Miller to examine how stress and poverty “get under the skin” to affect mental and physical health.

Nusslock and Miller are discovering that the brain and the immune system create a feedback loop, ramping up the body’s defense system.

Nusslock noted this was useful for our early non-human ancestors to help protect them from predators. But this stress is never-ending for many people today.

“If you’re stressed out chronically about getting into medical school or a 30-year mortgage, these stress systems that were meant to respond to short-term threats become dysregulated,” Nusslock explained. “The breakdown of these systems has negative consequences for mental and physical health.” He noted that chronic stress increases the risk of depression and coronary heart disease.

Nusslock is hoping to bring attention to the effects of early adversity on mental and physical health.

“This can bring awareness to the importance of policies that are designed to minimize the burden of stress and maximize the avenues that people have to succeed,” he said.

Robin Nusslock is an associate professor of psychology and an IPR associate.