Citizens are often unaware of these “public-private” programs, even if they benefit from them, such as by receiving a government-sponsored home loan. They are also unaware of when they are being excluded from these programs, which is where citizens’ advocacy groups come in.

“Political scientists think of the government’s role in public policy as like an iceberg,” explained political scientist and IPR associate Chloe Thurston. “There’s the tip of the iceberg, which everyone can see—that’s Social Security, for example. Beneath the surface, though, there are a lot of public policies that are administered to citizens very indirectly,” through avenues like tax and employer incentives.

As a result, citizens are often unaware of these “public-private” programs, even if they benefit from them, such as by receiving a government-sponsored home loan. They are also unaware of when they are being excluded from these programs, which is where citizens’ advocacy groups come in.

In a recent journal article, Thurston examines the role that citizens’ advocacy groups—non-governmental organizations that represent different groups of Americans, such as the National Association for the Advancement of Colored People (NAACP) or the American Legion—played in alerting their members to shortcomings of the Federal Housing Administration (FHA) in 1934 and the early GI Bill in 1944.

Starting in 1934, Thurston traced how the FHA encouraged homeownership by incentivizing private lenders to insure loans for homes. But behind the scenes, its internal Underwriting Manual of policies and practices promoted ones like redlining (denying services based on a person’s race/ethnicity) that made it extremely difficult for blacks to access them. The NAACP and other groups banded together to induce private lenders to provide loans to blacks.

As another example, the 1944 GI bill offered returning World War II veterans home loans backed by the Veteran’s Administration. But what did it matter if a WWII vet had a home loan but there was not enough affordable housing to go around? Thurston explained how the American Legion successfully lobbied Congress to adopt new terms for the bill that made housing more accessible.

“These advocacy organizations play a really important role in publicizing the role of the government in promoting access to credit, in educating their own constituents that they are on the losing end of these policies, and then in mobilizing to try to change government policies,” Thurston said.

Though these cases are taken from many years ago, the government continues to play a role in defining the line between who is considered a risky borrower and who is safe to lend to, for example during the recent subprime mortgage crisis. And citizens’ advocacy groups continue to “change the terms of these debates,” Thurston explained, as these groups help to promote policy development “in an area that, otherwise, most citizens don’t perceive the government to be playing any role in at all.”

Chloe Thurston is assistant professor of political science and an IPR associate. 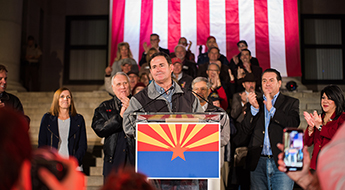