In FUSE, teachers are facilitators and kids work alone or form their own groups. The goal isn’t primarily to teach STEAM content but to help children develop creativity, collaboration, adaptive problem solving skills and persistence when things don’t go as planned.

Kristiina Kumpulainen of the University of Helsinki discusses how the FUSE Studio program is an "inspiration" to Finnish educators.

Schools in Finland are adopting the FUSE Studio program because it promotes “well-learning” and reflects the goals of the country’s new core curriculum, Finnish educators said during a recent panel discussion at Northwestern University’s School of Education and Social Policy.

Though Finnish schools are considered among the best in the world, teachers are facing new literacy challenges related to digitalization and 21st century skills, said Kristiina Kumpulainen, a professor of education at the University of Helsinki.

“FUSE is what everyday practices in schools should look like,” Kumpulainen said. “It’s an inspiration to us. And an exploration for us.”

Developed at Northwestern and now operating in schools worldwide, from Schaumburg to Helsinki, FUSE includes a library of more than two dozen maker-like challenges that are designed to spark an interest in learning for middle and high school students.

In FUSE, teachers are facilitators and kids work alone or form their own groups. The goal isn’t primarily to teach STEAM content but to help children develop creativity, collaboration, adaptive problem solving skills and persistence when things don’t go as planned.

“Choice is a fundamental idea that runs through FUSE,” said FUSE Director Reed Stevens, IPR associate and professor of learning sciences at Northwestern’s School of Education and Social Policy.

“They choose when to stop, start, finish, work alone or with others. Adults provide constructive formative assessment, so students can revise or improve their work. To move on, the students document that they’ve completed a level; then they can advance.”

The student-centered, hands-on FUSE philosophy dovetails with Finland’s new core curriculum, which “emphasizes the joy of learning and the pupils’ active role,” according to the Finnish Ministry of Education and Culture.

“FUSE resonates very, very strongly with what we believe is the future of education,” said Kumpulainen, director of the Center for Playful Learning at the University of Helsinki and a teacher educator.

In addition to academic learning, Finland emphasizes the value of play, which in turn, promotes well-being,” Kumpulainen said.

“Learning supports well-being and well-being supports learning,” she said. “This is a very important element in Finland at the moment. Our education is designed to promote lifelong learning.”

Kumpulainen was part of a group of visiting Finnish educators which included Pasi Silander, who oversees 130 schools as the digitalization lead for the City of Helsinki’s education department, two principals of top-performing schools in Helsinki that are currently using FUSE and two education researchers.

The team visited schools in Schaumburg and Chicago to see FUSE classes in action and spent time on Northwestern’s Evanston campus working with the FUSE research and design teams.

During the panel, Silander stressed that an educational revolution is needed in Finland and FUSE will be part of the change.

“I see FUSE as a wonderful tool to change our education practices,” Silander said. “It concretizes everything we have been hoping for: student-centered learning, the role of teacher as facilitator, collaboration and student-driven. It’s not just learning math, history or English. You have to learn and know things in a holistic way.”

Arabia School Principal Mari Suokas-Laaksonen said she was intrigued by FUSE from the moment she saw the website.

“We are very interested in design thinking and learning,” said Suokas-Laaksonen, whose public school has been cited as one of the best in the world.

“My staff is doing excellent work in many areas, but as a school we need to be better at digitalization in a 21st-century world," she said. "When I saw FUSE, I thought, ‘this is exactly what my school needs.’”

Reed Stevens is professor of learning sciences and an IPR associate. For more information, view the video of the panel discussion.

This story was originally published by the School of Education and Social Policy's News Center.

Tutoring Program Supports High Schoolers Who Fall Behind During COVID-19 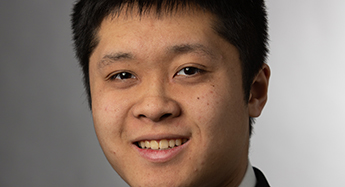