Click on the image above to see a larger version of the infographic.

In addition to genes, research has shown that our parents pass along socioeconomic traits related to their education, wealth, and income that help us succeed in school and life. A new study, co-authored by IPR experts David Figlio and Paola Sapienza, finds yet another passed-on trait that aids in success: culture.

Figlio, Sapienza, and their co-authors, Paola Giuliano of UCLA, and Umut Özek of the American Institutes for Research, show that when parents pass along a culture that values self-control and an ability to delay gratification, their children and future generations do better in school.

For the study, the researchers linked immigrants to Florida back to their country of origin’s “long-term orientation”—or the willingness to “sacrifice the present in order to secure a better future,” Figlio explained. According to a scale developed by Geert Hofstede and colleagues, variation in long-term orientation exists on every continent, with China having higher long-term orientation than India, and Chile and France being higher than Argentina and Spain, for example.

The data showed that children of immigrants from countries with high long-term orientation scored substantially higher on standardized tests than those from countries with cultures of lower long-term orientation. In addition, children who came from these more persistent cultures saw their scores in math and reading grow more between third and eighth grade. This suggests that they came into third grade at a higher level of achievement than their peers, and this gap continued to grow.

These first- and second-generation immigrants from more persistent cultures also performed substantially better than native U.S. students, even when comparing children whose parents made the same neighborhood and school choice decisions—families that are alike along some other important dimensions.

The researchers then validated their analysis using data from the OECD’s Program for International Student Assessment (PISA) on immigrant students in 37 countries, finding a “remarkable” similarity between the samples. The consistent findings indicate that the results also hold true for immigrants to countries other than the United States.

So how is this cultural value driving differences in educational outcomes? Figlio, Sapienza, and their colleagues suggest two complementary factors: The children of parents from long-term-oriented cultures might be taught to value working and studying harder to achieve future goals. Meanwhile, these parents might also put more effort into making sure that their children attend good schools and providing them with better educational opportunities.

“It appears that the culture where parents grew up matters—regardless of where their children were born abroad or in the USA,” Figlio said. “These results underscore the potential importance of work being conducted at IPR and elsewhere that helps children develop long-term orientation.”

David Figlio is Orrington Lunt Professor of Education and Social Policy and of Economics and IPR Director. Paola Sapienza holds the Donald C. Clark/HSBC Chair in Consumer Finance at Kellogg and is an IPR associate. Their IPR working paper, “Long-Term Orientation and Educational Performance (WP-16-12)” is available here. 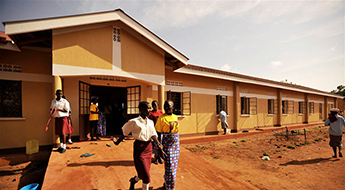 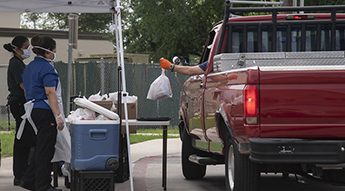