COVID-19 and the Economy

The coronavirus is shaking the U.S. economy to its very core, as Congress appropriates trillions of dollars in an attempt to help businesses and individuals across the country survive this historic downturn. As policymakers race to identify the best way to bolster the economy, IPR faculty experts have a robust body of research showing the impact of various anti-recession measures, as well as how recessions—both past and present—can shape the economy’s future. 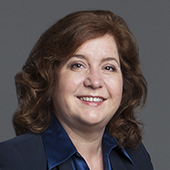 Professor of finance and IPR associate Janice Eberly served as the U.S. Treasury’s chief economist from 2011–13 in the wake of the Great Recession, advising the Obama administration on both micro- and macroeconomic issues. Her recent research focuses on capital investment and monetary policy.

COVID-19 and the Economy

The Federal Reserve’s Current Framework for Monetary Policy: A Review and Assessment
June 2019

As the Federal Reserve board recently cut lending rates to 0% in an effort to mitigate the coronavirus pandemic’s economic impact, Janice Eberly with her co-authors James Stock of Harvard and Jonathan Wright of Johns Hopkins recently examined how that approach played out in the aftermath of the Great Recession. They found that when the Fed reaches the “zero lower bound,” or the limit at which it cannot lower rates any further, its ability to help in a recovery is significantly limited, forcing it to pursue other avenues in monetary policy.

Long-Term Unemployment and the Great Recession: The Role of Composition, Duration Dependence, and Non-Participation
December 2014

IPR economist Matthew Notowidigdo and his co-authors examined the factors that led to high rates of long-term unemployment during the Great Recession and in the years following. They found that strong negative labor shocks, such as those induced by the coronavirus response, can produce higher rates of long-term unemployment, growing the pool of people for whom it is harder to find work even when the economy has recovered.

In the wake of widespread social distancing measures, the U.S. stock market has taken its worst hit since the Great Depression. Examining the various booms and busts of the stock market from the late 1990s to the early 2010s, IPR economist Hannes Schwandt studied whether such “wealth shocks” affected the physical health of retirees who invested in stocks. He found that a 10% loss in wealth affects the retirees’ physical and mental health, as well as survival rates.

The Impact of COVID-19 on Gender Equality
April 2020

Economist and IPR associate Matthias Doepke and his co-authors recently examined the COVID-19 pandemic’s economic repercussions for gender equality, looking at how employment, childcare, and workplace norms could change. They found that fields where a larger-than-average percentage of women work are suffering disproportionate job losses, but that many businesses are adapting flexible work environments that may continue to benefit women once the pandemic is over.