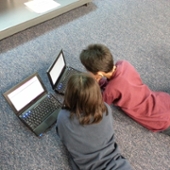 by 6–10% in comparison to the control group. The findings suggested that the usage information had larger impacts for parents who were more likely to become involved in their children’s lives, and for working parents who otherwise may have found it difficult to monitor their children while being away from home. The strength and timing of the reminders were important: Decreased usage followed on the days immediately after the texts were received, and households who received messages on a random day of the week had larger reductions in internet usage than those who got messages on the same day each week. There were no significant effects on internet usage among families where parents received offers of software assistance.

Over the last century, women’s employment across the globe has increased dramatically, and women now make up about 40% of the labor force. Over the same time period, global fertility rates have decreased, particularly since the 1960s. In Demographic Research, IPR sociologist Julia Behrman and her co-author study the association between women’s rising employment and fertility rates on a global scale. They combine nationally representative data on women’s wage employment from the International Labor Organization with fertility rates from the United Nations and economic and schooling conditions from UNESCO, OECD, and the World Bank to create a global dataset of 174 low, middle, and high-income countries between 1960–2015. Their analysis shows that increases in women’s employment were associated with decreases in fertility rates in all four major world regions, with Europe and North America seeing the largest fertility decline and Asia and Africa having the smallest. Women’s employment was associated with the use of modern contraception in all regions. They also find that the type of employment matters for fertility rates: although, women’s non-agricultural employment was associated with lower childbearing and greater contraceptive usage, this was not true of for women’s agricultural employment. The researchers propose that the high rates of women’s employment in agriculture and lack of childcare policies may explain why patterns observed in Asia and Africa were different from those in high-income regions.

Water governance, or the political, social, economic, and administrative systems that are in place to develop and manage water resources, is a top priority in addressing the global water crisis. In a study published in the Journal of Water, Sanitation, and Hygiene for Development, IPR anthropologist Sera Young and her colleagues explore the relationship between water governance, water insecurity, and wellbeing. The researchers used household data from two Sustainable Water Effectiveness Reviews conducted by Oxfam Great Britain in Zambia and the 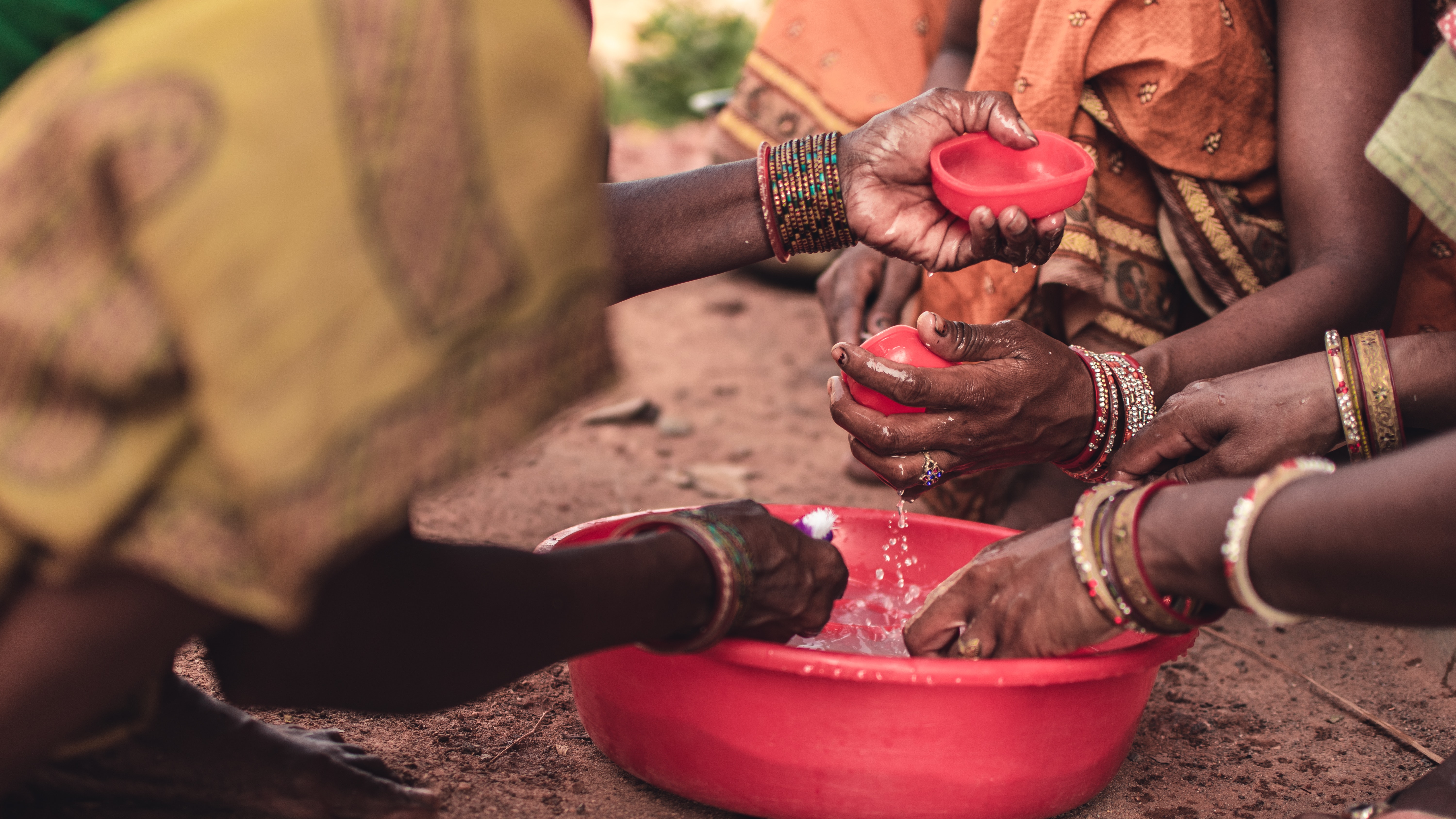 Democratic Republic of Congo (DRC) during 2018 and 2019. Oxfam Great Britain asked participants—997 in Zambia and 1,071 in the DRC— survey questions about water governance, household water insecurity using the 12-item HWISE scale, and four indicators of wellbeing. The results showed that better water governance, or the perception of better management and equitability of current water systems, was associated with lower household water insecurity. Additionally, the researchers found that household water security mediated the relationship between good water governance and greater life satisfaction, lower odds of drinking unsafe water, and lower relative impact of cholera outbreaks. Ultimately, improvements in water governance hold promise for the improvement of both water insecurity and well-being, and further advancing progress toward the United Nations’ Sustainable Development Goals.

Gender discrimination is especially strong in the northern Indian state of Haryana, where a program designed to alter adolescents’ support for gender equality ran from August 2014 to October 2016 in government secondary schools. The program targeted students in seventh through tenth grades and emphasized valuing girls for both economic and human rights reasons to change students’ fundamental gender assumptions. In a working paper, IPR economist Seema Jayachandran and her colleagues evaluate the program’s impact in a randomized controlled trial across 314 schools, using data for about 14,000 students. The researchers measured three outcomes: gender attitudes, or views about what is right and wrong about women’s roles; aspirations, or goals for one’s life such as pursuing a career; and gender behaviors, or those actions influenced by gender norms such as chores done at home. Their analysis showed that the gender-equality school program succeeded in substantially increasing adolescents’ support for gender equality and had an accompanying effect on behavior. However, the program did not increase girls’ educational and career aspirations. The authors hope to track the study’s participants as they become adults to learn whether the program has long-lasting effects. 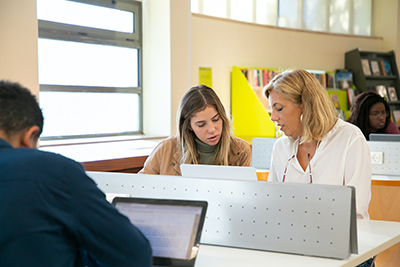 Bullying is one risk factor for suicide among adolescents, but as bullying shifts to online platforms, such as texting and social media, cyberbullying is also a common risk factor for suicidality—suicidal ideation, planning, and attempts. Suicide is the second-leading cause of death among adolescents, making it critical to identify what may reduce suicidality risks. In Social Psychiatry and Psychiatric Epidemiology, IPR health researcher Lauren Beach, epidemiologist Gregory Phillips II, and their colleagues evaluate whether mentoring relationships mitigate a student’s chances of suicidality. The researchers used the 2017 Youth Risk Behavior Survey (YRBS) and focused on five jurisdictions that asked students if they had at least one teacher or adult in their school they could talk to about problems. Students self-reported their experience with cyberbullying and suicidal ideation, planning, and attempts in the past 12 months. Of the 25,592 students in the sample, 87% reported having an adult they could talk with, and the researchers found mentoring relationships were associated with lower chances of suicidal ideation, planning, and attempts for both females and males. Having a mentor substantially decreased the odds of attempting suicide among males who were cyberbullied. Females who have a mentor have lower chances of suicidal ideation and attempts. These results suggest schools that help their students develop informal and formal mentoring relationships may prevent suicidality among students.

In sub-Saharan Africa, reports of intimate partner violence (IPV) are among the highest in the world, with roughly one in three women saying they have experienced IPV in their lives. In Demography, Behrman and her colleague examine whether similarities or differences in a couple's characteristics are associated with couples’ joint attitudes toward IPV. The researchers examine a subset of survey data of couples from 33 countries in sub-Saharan countries. The survey, collected between 2008 and 2018, asked husbands and wives about scenarios in which wife beating was acceptable and whether wives experienced IPV in the last 12 months, along with other questions about age, education, media consumption, and whether they were employed. They find that when looking at individuals, 50% of women and 70% of men reject all IPV scenarios, but when they look at couples, 61% said in at least one response that it was justified for a husband to beat his wife. The findings also show that similar exposure to education, work, and media consumption is more predictive that a couple will both reject IPV than if only one had been exposed to them. The researchers suggest this could be because joint exposure to messaging condemning IPV is mutually reinforcing, women may have more bargaining power with more education and a job, or individuals may select a partner with similar perspectives. The results suggest that interventions should target couples to shift attitudes about IPV, rather than men or women separately. 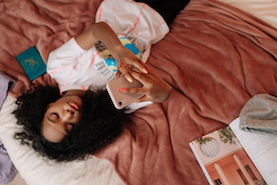