IPR economist Charles F. Manski, the Board of Trustees Professor of Economics in the Weinberg College of Arts and Sciences at Northwestern University, has been named a Distinguished Fellow of the American Economic Association (AEA).

Manski was recognized for the far-reaching impact of his research, his exceptional service to the economics and statistics professions, and the exemplary role he has played in advising the nation on research and public policy.

The impact of his research is exemplified by "Identification of endogenous social effects: The reflection problem" (1993). This paper transformed research on social interactions, especially peer effects. Knowledge of the role of peer effects is exceedingly important in education at all levels. It is important to understand the effects of sorting or mixing students of different abilities, socioeconomic backgrounds, race, ethnicity, and gender.

Manski laid out the issues in identifying peer effects and demonstrated that very little previous work on peer effects was credible. He made a fundamental distinction between two different forms of social effects, contextual and endogenous, and he specified conditions that must be satisfied for identification of each.

His research spans econometrics, judgment and decision, and analysis of public policy. He has played a leading role in research on the structure of random utility models, estimation using choice-based samples, non-parametric bounds of treatment effects, discrete choice problems, measuring expectations, and identification of social interactions.

Since 1965, past presidents of the AEA are recognized as Distinguished Fellows. Up to four additional individuals may be elected for the award in one calendar year. Distinguished Fellows are selected by the AEA Nominating Committee and voting members of the Executive Committee, sitting together as an electoral college.

“I was surprised and honored to receive this recognition,” Manski said. “It feels good to be appreciated by my colleagues in economics.”

Manski, who joined the Northwestern economics faculty in 1997, is the author of six books, including Public Policy in an Uncertain World (Harvard University Press, 2013), which emphasized the critical role that uncertainty plays in evaluating effective government policies. He also is an elected member of the National Academy of Sciences, and an elected fellow of the Econometric Society, the American Statistical Association, the American Academy of Arts and Sciences, the American Association for the Advancement of Science, and the British Academy.

Manski’s work on non-parametric estimates of treatment effects clarified the role of assumptions that enable what is now known as “partial identification.” He showed that with no assumptions one can derive observable but wide upper and lower bounds for treatment effects. By adding more assumptions, it is possible to tighten these bounds. His books, Partial Identification of Probability Distributions (Springer, 2003) and Social Choice with Partial Knowledge of Treatment Response (Princeton University Press, 2005), summarized his early work in this area. He has continued to develop this approach to econometric analysis.

Northwestern economists Robert Gordon, the Stanley G. Harris Professor in the Social Sciences, and the late Dale Mortensen, the Board of Trustees Professor of Economics and a Nobel laureate, were named Distinguished Fellows by the AEA in 2014 and 2008 respectively.

Charles F. Manski is the Board of Trustees Professor of Economics and an IPR fellow. 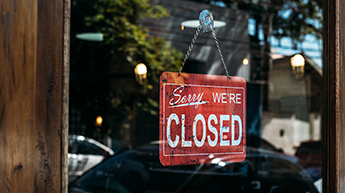